Corona is the degree of the film surface (dynes) of the test tool specifically designed for the determination of the film by the effect of corona treatment. Surface tension test pen with a dozen or more different

32,34,36,38,40,42,44,46,48,50,52,54,56,58,60 tension test pen can accurately test the surface tension of the plastic film to achieve the value of the test pen. So that users clearly understand this film is suitable for printing, laminating or vacuum aluminum, etc., so as to effectively control the quality and reduce the damage caused by defective material.

For the printing film, it should reach 38 dyne.

For the lamination film, it should reach 42 dyne. 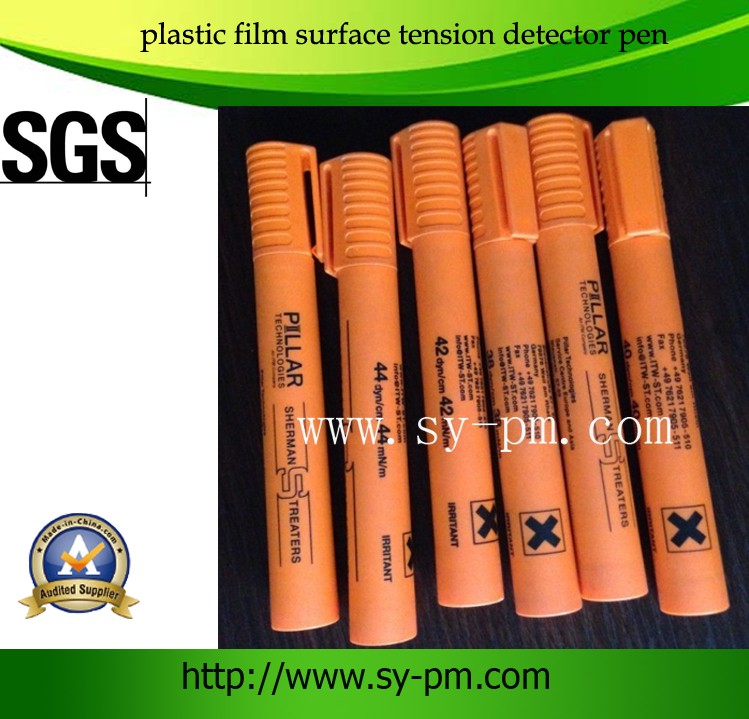